Rhinestone Revolutionaries on the Flaming River: Untucking Cleveland’s Drag Past

Though commonly displaced by more obvious locales like New York City and San Francisco in studies of the LGBTQ+ past, Cleveland has long been an unacknowledged center of drag history. From vaudeville’s biggest drag stars to the best celebrity impersonator of the famed Jewel Box Revue in the 1950s and 60s, Cleveland has continuously led the way in drag’s top echelons. In this panel, drag historian Dr. Lady J will guide the audience through major moments in Cleveland drag history across the past 100+ years, running the gamut from a silent film star-in-drag who captivated the nation to the mafia-run nightclubs of midcentury.

Lady J will then lead a panel discussion covering the last 50 years of Cleveland drag history with drag performers who made their names during those decades and paved the path for today’s surge of drag into every corner of the city. These performers also fought for their rights within the LGBTQ+ community itself, tearing down barriers within nightlife for transgender performers, performers of color, and drag kings. Today, Cleveland’s drag performers from all backgrounds are building shows and performances in art galleries, sports arenas, theaters, restaurants, libraries, and more. However, the panelists developed their careers and personae when drag was almost solely restricted to the city’s gay bars. This panel discussion will explore why and how these drag artists were able to build their careers and how hard they fought to do so, enriching our understanding of Cleveland’s complex drag history and the battles fought for today’s drag domination in the scene.

This event will also be live-streamed at case.edu/livestream/s2.

If attending in-person, registration is requested.  Register below.

This event is sponsored by the West 117 Foundation.

Dr. Lady J began her drag career in 2006 as a drag king and became a drag queen in 2011. She is a non-binary trans woman who is the world’s first drag queen with a PhD specialization in drag performance history. She holds a BA in Music and Culture from the University of Tennessee, a PhD in Musicology from Case Western Reserve University and was named Best Activist by Cleveland Scene readers’ poll in 2021. She also serves as the official Historian for the Austin International Drag Festival and is the creator and host of “Untucking the Past,” a podcast that explores drag history through an intersectional lens.

Erica Martinez began her drag career in 1987 and has won over 47 pageant titles, including 4 national titles: Miss Big and Beautiful National, Miss Unlimited Classique USA, Miss Sweetheart International Plus, and Miss Hott International. Erica was recently crowned Miss Ohio All Star Legend in recognition of the contributions she has made to the Ohio LGBTQ+ community. 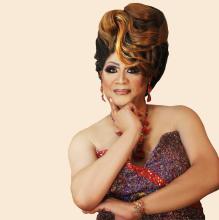 Isis Tiffany Soul began her drag career in 1977, the same year she became the original Miss Gay Black Ohio. During the 1980s and 90s Isis also worked as a dancer in straight venues and she went on to be crowned as Miss Ohio Gay World, Miss Akron Big and Beautiful, and Miss Cocktails 2.0. She is currently the reigning Miss Cocktails Cleveland. 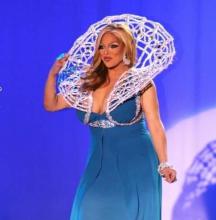 Terri Williams began her drag career in 1994 and won Miss Continental Plus and Miss Gay Black Ohio in 1999. She is the co-owner of Gay Black Ohio pageantry system and currently works as a peer support supervisor and LGBT coordinator at People, Places, and Dreams specializing in trans outreach for addiction and mental health issues. 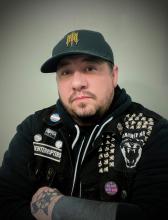 Donnie Waste is a former drag king who began his career in 2006 and is one of the founding members and the former manager of CKG: Cleveland Kings and Girls. He is currently the drummer for Pretty Pretty Awful and Darling Waste.